This Is Us Birth Mother Episode: A Reflection from an Adult Adoptee 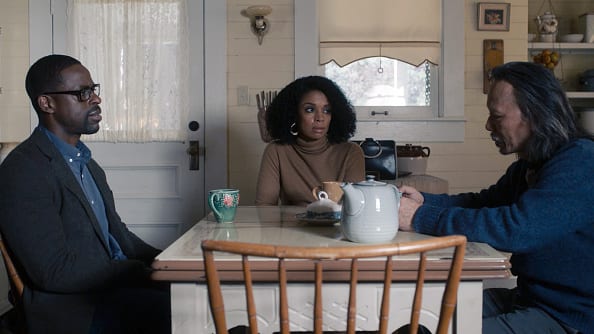 In one of the most recent episodes of the popular TV show, This is Us, viewers get to journey alongside Randall Pearson, the adopted son of Rebecca and Jack Pearson, as he acquires detailed information about his birth mother’s story for the first time. For those who have watched this show in its entirety, we know that Randall was led to believe that his birth mom had died of an overdose just a few days after he was born, and therefore had succumbed to the fact that he would never receive more information about her. This suddenly changes when Randall receives a phone call from a man named Hai Lang, who tells him that his mother did not die of an overdose, but rather passed away from cancer a few years ago.

Through Randall’s story, we get a glimpse of some of the hardships and challenges that adoptees face in their everyday lives. In this episode, viewers experience the turmoil and deep seeded questions that an adoptee lives with surrounding a birth parent.

Birth parents hold a unique significance for an adoptee. While some adopted individuals are more forthcoming with their emotions towards their birth parents, others keep their feelings towards them tucked away. The loss of one’s birth parents may not always be remembered; however, it is certainly never forgotten. This loss lives on deeply within an adoptee’s heart and mind whether they are aware of it or not, often times springing forward in a multitude of ways such as through anxiety, depression, attachment issues, or behavioral issues. The truth, however, is that regardless of how an adoptee decides to address the mystery of the people that birthed them, there is no way to escape the fact that these people will always be a part of an adopted individual’s story.

When beginning to watch this episode, I found myself hesitant, yet drawn in to see how the producers of This Is Us would depict one of the most important yet complex storylines for an adoptee; obtaining information regarding a birth parent. I was thoughtful about the fact that not every adoptee gets the opportunity that Randall got in this episode to learn details of his birth mother’s personal story.

As an adoptee myself, I was very aware of the many emotions that this episode evoked in me. I felt sympathetic for many adoptees who share a similar story to mine but who do not get the privilege of knowing very much, if any, information at all regarding their birth parents. It is incredibly important to keep in mind when watching this show that every adoptee’s story varies and that this one storyline is not representative of all adoption stories.

This episode begins with Randall and his wife Beth, traveling to New Orleans to meet Hai Lang after he had reached out to Randall disclosing that he knew his birth mother. On the car ride down, we see Randall deep in thought where he recounts the last time he was in New Orleans and is struck with the idea that he could have walked right past his mother and wouldn’t have even known it.

“What If ” questions can consume the mind of an adoptee:

These questions are not uncommon for an adoptee to ponder and are not always spoken aloud. One reason stems from something known as “adoptee loyalty,” which is the idea that bringing up one’s birth parents or admitting out loud that one’s birth parents are on our minds, may hurt our adoptive parent’s feelings. It is often because of adoptee loyalty that thoughts and questions about birth parents are kept sealed up inside. For Randall, there was a time in the show when his loyalty towards his mom, Rebecca, stopped him from actively searching for birth parent information. However, by this point in the show, Randall feels at peace learning about his birth mom. Randall finds himself on the brink of learning information; valuable information about his birth mom that he never knew was available to him. This was an overwhelming yet exhilarating feeling that many adoptees can only dream about.

I have seen with clients that I have worked with that given the chance, the opportunity to obtain information about birth parents can produce a multitude of emotions: uncertainty, cautiousness, excitement, joy. Throughout the This is Us episode, we see Randall experience all of these emotions and more, including anxiety, relief, impatience, and gratitude. Randall is getting the chance to piece together not only who his mother was as a person, but his own personal story as well.  So many adoptees ache for that opportunity.

While listening to the story of his birth mom, Randall continuously interrupted Hai’s long story, anxiously demanding answers to his questions. I would imagine that if I were him, and given this kind of opportunity, a longwinded story would be difficult for me to listen to, and the need to get my core questions answered would take precedence. In Randall’s case, he wonders why his birth father, whom he had a strong relationship with, told him that his mother had died a few days after he was born. In this moment, Randall is almost pleading with Hai Lang to not offset the trust he grew to have with his birth father, the control of that narrative suddenly in the hands of someone else.

Frequently, an adoptee will create narratives and fantasies revolving around their birth parents’ whereabouts, what they may do for a living, what their lives may have been like before and after bringing a child into the world. These stories are often an attempt to fill the hole of unknown that can be terribly overwhelming. For Randall, despite his desperation in wanting to learn more about his birth mother, the information he gains in this episode becomes a life-altering moment. What he originally believed to be true for so many years was never true at all.

As an adult adoptee, while watching this episode and learning about Randall’s mother’s journey, I found myself reflecting on the fact that that her story eerily runs along the lines of what many consider a stereotypical birth mother story. Many assumptions about birth parents, and birth mothers in particular, are that they must be drug addicts and/or alcoholics, may have been in abusive relationships or may have been very young when they had their child. While I appreciate that the producers of this show incorporated this storyline into the This is Us series, this episode in many ways does not break the stereotype of a birth mom. In this episode, we watch as Laurel, Randall’s birth mother, struggles with addiction, suffers from the effects of poverty when running away from her family to Philadelphia, and has a child at a young age. Through this narrative Laurel remains close to the common birth parent story that individuals so often picture.

This episode does do a good job, however, of deeply reflecting on the heartbreaking story of Laurel and provides a window for empathy vs. judgement. Birth parent narratives are often overlooked, yet are also unique in and of themselves, and filled with loss and grief similar to the adoptee’s story. Rather than observe a brief overview of Laurel’s journey, we get to venture into the intricate details of Laurel’s life, which humanizes her in the many hardships she experiences. We watch as Laurel, a woman born into a well-off family, experiences the brunt of hardship in her life when she feels she has no choice but to run away from home. Through Laurel’s addition to Heroin we see personally the turbulence and complexity of this sickness and when she overdoses right after the birth of her child, we feel Laurel’s helplessness in this wicked cycle. We become aware as the episode goes on that Laurel’s overdose then causes her to be separated from her newborn son and then to spend time in prison. Laurel’s story is one of heartbreak and accurately depicts the judgement birth mothers so often receive from society and deep shame that they often feel.

As the episode winds down, Randall is left with more answers than he could have ever dreamt of gaining. Randall experiences a surreal moment when he comes face to face with his deceased birth mother. Laurel tells him that she sees the pain in his eyes, pain being something that she also carried with her all her life.She tells him that he must learn to let that pain go; advice she had received as a young adult herself. As an adoptee, I am aware that there is certainly pain that revolves around adoption, however I do believe that like Randall’s mother stated, that pain over time and with the right tools can be relieved and released. While at different times in an adopted individual’s life adoption-related pain and issues may surface, these things do not have to be ever-present elements in our lives.

The bright side is that learning to live with the pain is certainly something that can be achieved and many times this is done through therapy. In the last few moments of this episode during Randall’s surreal moment of interaction with his deceased birth mom, Laurel touches his face and tells him that she loves him; something she wishes she could have told him before she passed away. Hearing these words uttered out of her mouth profoundly affects Randall, as it likely would for most adoptees. At the core of each adoptee there is a wonderment of whether we were loved by the people that brought us into this world and hearing those words uttered out of a birth parent’s mouth would likely heal tremendous wounds for an adoptee.

On the car ride home, it seems to have done just that for Randall, a character whose adoption has substantially impacted him throughout the entire series. Beth, Randall’s wife, notices the lightness in Randall after leaving New Orleans, to which Randall beautifully responds, “I know my birth story Beth, and it’s not just getting left at a fire station. It’s two people…two imperfect people…that loved me.”

After absorbing the story of his birth mother and realizing that she did love him and wished she could have met him, Randall can feel free now and “…stop holding onto the bad stuff”, which caused him so much anxiety in his life.

This is Us can be credited for bringing an accurate depiction of the adoptee story to television for all to invest in and become educated about. The show does an excellent job exploring many of the emotional variables of the true adoptee experience. I urge you, however, to keep in mind that all adopted individual’s stories vary from one another. As an adoptee myself, I am certainly grateful for storylines like this that bring awareness to not only the incredible love that adoption encompasses but also the pain and grief that adoptees hold onto in the course of their lives. This particular episode made me aware of my own personal questions, as well as how much I would give to learn my birth parents’ stories. Perhaps, if every adoptee were privy to this information, we too could feel like Randall did…free.