Excerpt from A Forever Family: Fostering Change One Child at a Time – “Trials” 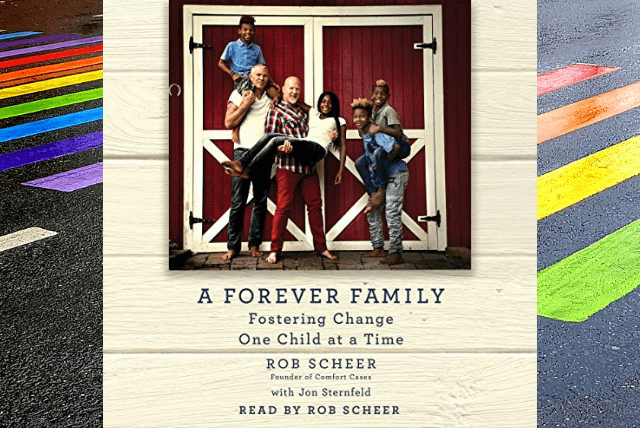 Life with the children had become normal. Or as normal as life with four young children can be. Bonding with them and watching them grow were welcome and wonderful experiences, the realization of a lifelong dream. Sometimes, I would think back to those times when I was sure I would never be a dad and just be dumbstruck, incredulous because here we were—together.

We were learning what it was like to be a family, navigating what families have to navigate, sharing and bickering, and loving and laughing. We were a family in any and every sense.

I don’t think the public realized how important it was, not just symbolically but practically. Single-income gay couples all over the country were scared because if God forbid, something happened to the breadwinner, they couldn’t receive any benefits and had no claim on property, life insurance, or anything. Even hospital visits were an issue for the unmarried.

One Saturday morning, I was sipping my coffee and watching the news when I saw that DC was going to start issuing marriage licenses the following week. I ran up the stairs and found Reece changing Tristan. “Reece!” I said. “They’re issuing licenses in DC! Do you want to get married?”

Reece looked up at me, nonplussed. “Are you kidding me?” he said, half laughing. “I’m changing a diaper right now.”

“I don’t mean this second.” “Oh. Okay,” he said. “Let’s do it.” Then he turned his attention back to Tristan, tickling his belly. “Daddy and Dada are getting married!” I ran off to tell the other children.

That Monday morning, Reece and I were at the courthouse before it even opened, lined up with the other excited couples, trading stories and sharing good wishes.

When the doors opened, a communal and celebratory atmosphere filled the air. As the morning rolled on, people would cheer as couples exited. A justice of the peace was even right there in the building, and some couples were getting married on the spot.

We knew we couldn’t afford a big wedding because we were buried deep in attorney fees and focused on the upcoming trial to adopt Amaya and Makai. We had also just bought a house in suburban Maryland and were in the process of moving out of DC; raising four kids in the city would be too much of a challenge, plus we wanted to get better schooling for Makai.

So, we planned a small ceremony with a minister in our new sunroom with about twenty-five family members and friends.

The only day we could get married was a Sunday, a few weeks later, which happened to be Greyson’s third birthday. So, we had the wedding in the morning and then made all the wedding items disappear for Greyson’s party in the afternoon.

We felt bad that we were asking him to share the day, but he didn’t seem to mind. He actually loved telling people that his birthday was on Daddy and Dada’s wedding day. We have photographs of the wedding ceremony and party mixed in with shots of Greyson unwrapping birthday presents. The day was somehow the culmination of everything I had been trying to bring into my life. My love for my husband and for my son are intertwined, eternally linked.

Written by Rob Scheer, Founder of Comfort Cases, former foster youth, and adoptive dad and author of A Forever Family: Fostering Change One Child at a Time

Affiliate Link Disclosure: This web page contains affiliate links which means at no cost to you we will receive a small commission when you click and purchase a book through the link provided above. We only share resources we know, and trust will give our viewers valuable information.