Don’t Fit In: How to Help Adopted Tweens Navigate Their Feelings of Different 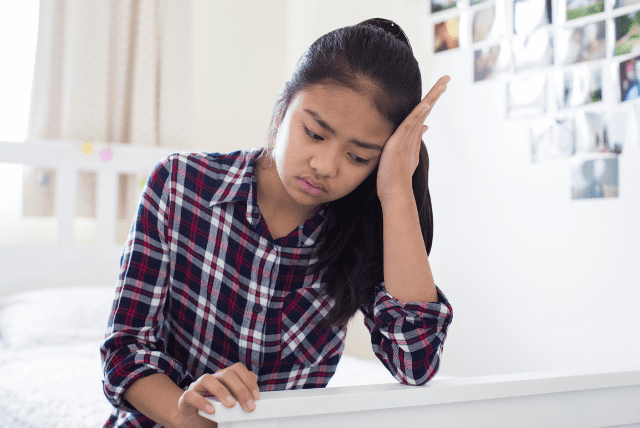 “I am the adoptive parent of a 13-year-old girl adopted from Korea. Every year, since she was eight years old, she has attended a week of cultural camp during the summer. This year, she told me that while she would go as expected, she had really “lost interest.” I was very surprised and after a little probing, my daughter explained that as most of her friends were Caucasian, she did not want her Korean heritage to undermine her popularity with them. I did not know what to say or do.”

As C.A.S.E. CEO, Debbie Riley writes in Beneath the Mask: Understanding Adopted Teens, “feeling different is the worst curse of adolescence.” As children enter adolescence, they often become painfully self-conscious and self-critical. Unless your tween is that rare individual who relishes being unique and dancing to the beat of a different drummer, that sense of self-doubt and worry can only be mitigated by peer acceptance and approval. In middle school, the intense need to fit in…to feel a sense of belonging with their peers becomes extremely important. As a result, tweens may go to great lengths to avoid or change anything they perceive as having the potential to cause others to perceive them as “different.”

Being adopted can intensify feeling different. Adoptees think: “I look different from my family” or “I’m not the same race as my parents or siblings” – what do my friends think about that? What do they think about me?” Such feelings present great challenges as adolescence approaches.

Some tweens may begin to avoid activities that make them seem different from their peers. Transracially adopted tweens may refuse to attend camps and activities related to their racial, ethnic or cultural heritage. They may suddenly stop wanting to go to restaurants or other public venues with their families. While such behavior is not uncommon with adolescents, transracially adoptive parents rightly suspect that their children are now self-conscious pre-teens, upset by the looks and sometimes disapproving stares of strangers.

In same race families, tweens may become extremely private about being part of an adoptive family. They may not share this fact with new acquaintances and become especially uncomfortable when friends ask questions about adoption. Some tweens may ask to stop celebrating “Adoption Day,” stating that they only want to celebrate their birthday, like their friends. Being adopted makes them feel that they must “prove” themselves as they sense that others think they were “given up for adoption” because something was/is wrong with them.

These teen reactions are troubling to parents who have tried to instill a sense of pride in their children around adoption and cultural/racial heritage. However, many parents may not truly know or understand what their tween is experiencing in the outside world around either being part of an adoptive family, or a different race from his parents.

Understanding that some tweens may need some assistance around the issue of difference is the first step toward ensuring that your tween does not get “stuck” with feelings that can seriously compromise his self-worth, positive sense of identity, positive peer relationships, and sense of security in his adoptive family.

Below are Six Ways to Help Adopted Tweens Navigate Their Feelings of Different: