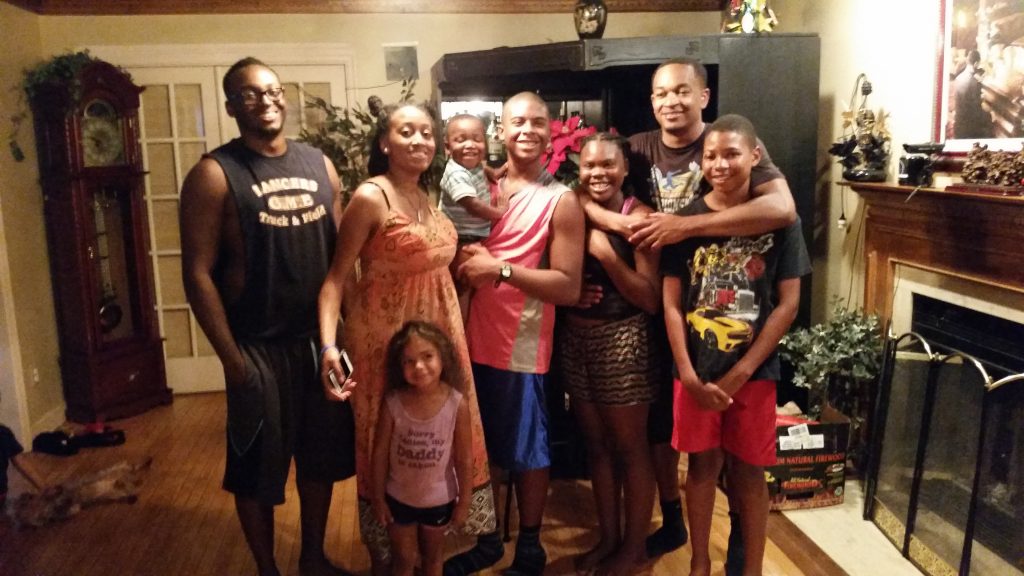 I have a number of stories because we have been blessed to provide a forever home for five beautiful children. Two of my children are siblings; however, the other three are unrelated. I’ll share the adoption day story in regard to my children that are siblings.

My daughter, Desiree, was always the leader, despite the fact that she is two years younger than my son, Anthony. When they came to us, she was seven and he was nine years old. Desiree was (and still is) the daredevil-she will face any challenge without hesitation. Anthony, not so much! He would wait to see if she survived the challenge and then he would attempt it; however, when it came to school, it was quite the opposite. While Desiree struggled with her grades, good grades came naturally to Anthony. During the school hours, Desiree stayed out of trouble and Anthony couldn’t seem to find enough trouble to get into. We were constantly being called about Anthony’s behavior in school. Anthony was fighting, arguing, name-calling-you name it, we heard it. Both children were in counseling and we even added an in-home therapist and mentor to the mix with the hopes of improving his behavior. Nothing seemed to work.

Desiree would periodically ask about adoption and I constantly reassured her that our home was their last stop and they would not be placed anywhere else. Anthony never asked me directly, but if he were in earshot, he would look at me with skepticism. As we approached finalization, I told my children that we were almost officially a family. That week, I didn’t receive a single phone call from the school regarding Anthony’s behavior.

We were not required to attend court for finalization. We received a call from our worker with the good news. My husband and I decided we would take them out to eat and share with them that they finally belonged to us. We did as planned and Anthony’s face lit up (actually, both of their faces lit up, but I noticed his excitement and reaction more because it was a first). I decided to ask him a question that had been lingering in my mind over the past week. I asked him what was going on in school because I didn’t get the weekly call about his behavior. Anthony said that the only reason he had been acting up in school was because he thought we were going to get rid of him and others had let him down in the past. In his traumatized mind, he felt if he pushed us away first, it wouldn’t hurt so much. All I could do was hug him and restate the fact that we love him and he was stuck with us forever!

It hasn’t always been easy, but it was definitely worth it. Both Anthony and Desiree are college students and are doing well. We are so proud of them! In the photo, Anthony is in the middle and Desiree is on the right. The photo was taken about six years ago.