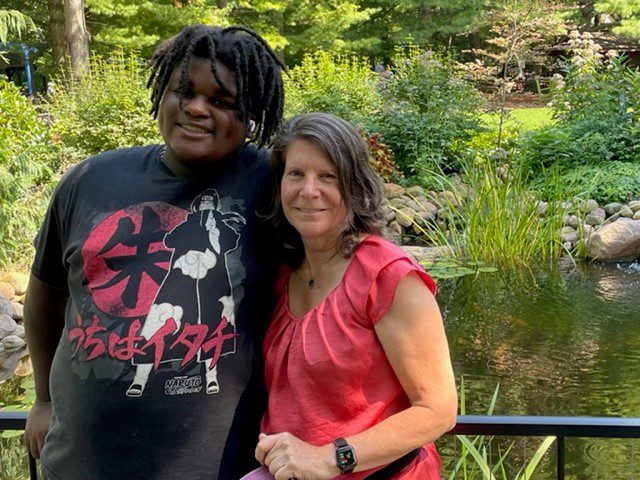 Every potential adoption fell through for almost 4 years and I never even met any of the children. I was looking for a sibling group of two, ages 2-7, and nothing seem to be happening. I was giving up.

Unexpectantly Little City, my adoption agency called, “A baby is about to be born, are you interested?” I was a bit confused, as it seemed most people were looking for newborns, except me. I was awakened early the next morning and Little City remembered that I wanted to raise my child Jewish and said that the team felt this healthy baby boy was my match. They were so sure, I felt like God was speaking directly to me. It was chaos when I could first meet him.

The courts were holding things up and maybe I would meet him in 3 months. An hour later, I was told maybe in three weeks. But then Little City secured the court order, and I could meet him the next day. But he had a bit of jaundice, and I would not be able to take him home.

I went to Babies R Us and got a few staples like diapers, bottles, and formula and saw a car seat, and grabbed one. I just threw everything in the trunk boxed up. I dragged my feet thinking do I want to meet a baby that I can’t even take home and who maybe won’t even be mine? But I mustered up the courage. Twenty minutes from the hospital, the next afternoon, the social worker called my cell and asked if I had an infant car seat. I said I had one boxed up in the trunk. She said, “Good, ’cause you’re taking the baby home.” My mother, sister, and I put on protective gear and entered the hospital nursery.

The nurse went from bassinet to bassinet until she reached down into one, picked up the beautiful baby boy and declared “your mommy’s here,” and put him in my arms.

Instantly it felt like his guardian angel and my guardian angel agreed, this is Becharit, ‘A Match Made in Heaven’. People always ask me, why did it take 4 years to adopt. I tell them that I didn’t realize I was waiting for this baby, Laib, and he just wasn’t born yet. But when he was ready, he showed up big time. Today, Laib just turned 18 and is a high school graduate.