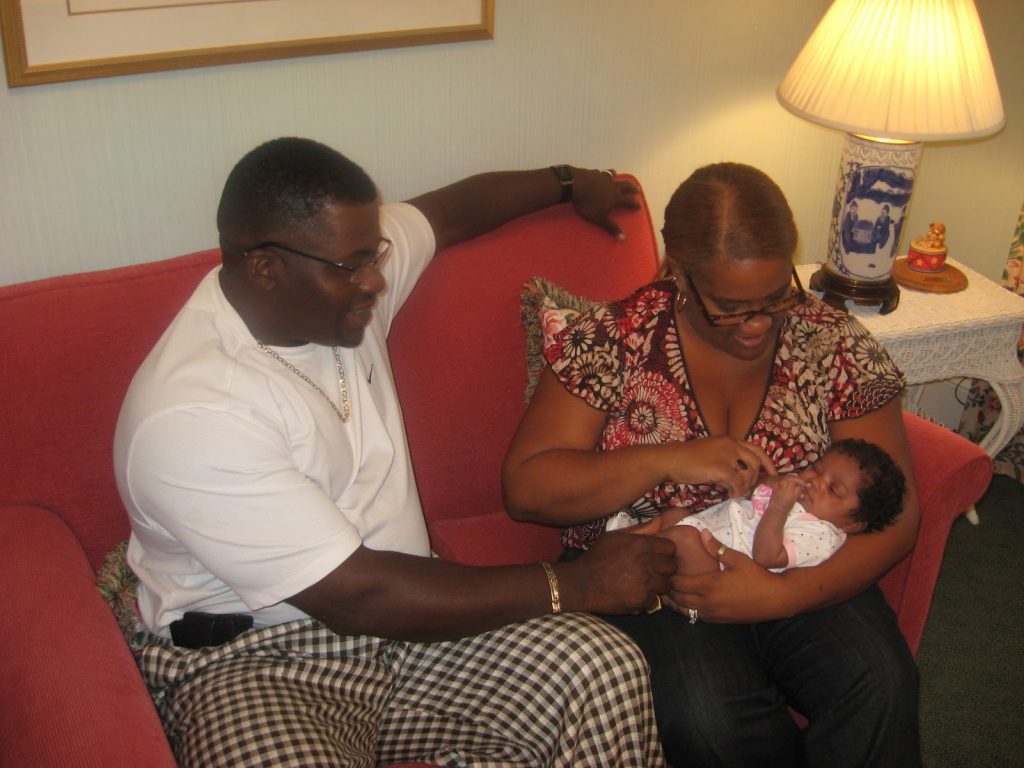 My husband and I have adopted two children. Both were born in August, 3 years apart, and both came home at 3 weeks old. When we brought home our older child, a girl, we were so nervous. We arrived super early at the adoption center with a car seat and not much else. We had been given several different dates when we could bring her home so we were a little leery of buying a lot of stuff in case she didn’t come home at all. When we finally go a confirmed date, we arrived very unprepared to bring a baby home. We assumed that she would come home with lots of clothes, diapers, formula and all the other things we would need for a baby and that would build on that. (We later had 3 baby showers and got more than we needed!)

When we walked into the room, she look like a dream in a beautiful bassinet. To say that we were thrilled was an understatement. We each took turns holding her and staring at her, hardly believing that she was ours. When we got ready to leave, a staff person checked the car seat to ensure that it was properly installed. As we walked out with our new baby, I realized they only gave me 2 onesies, a pacifier and a very small amount of formula. No bottles, no diapers, not much of anything. We had to immediately stop at Walmart and figure out what we needed – formula, bottles, and diapers being first on the list. Then, as we drove down the highway, I had to read the instructions on the back of the can of formula and find a bottle of water in the car to make her first bottle. Needless to say, we made it and she is now an amazing and very active 14 year old cheerleader and dancer.

FYI…our son came home 3 years later during a hurricane! I was much better prepared and ready to welcome a new baby ahead of a major storm!