Star of Adoption – The Gonzalez Family 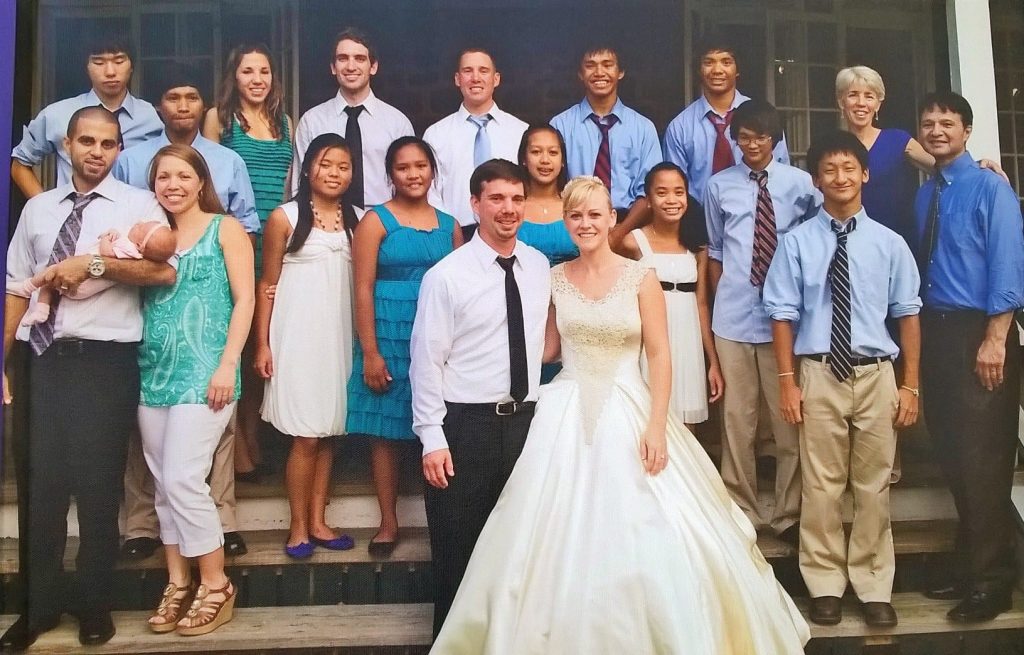 In 1995, working with Catholic Charities of Baltimore, Catherine and Paul first adopted Gabriel from South Korea. Over the next four-and-a-half years, two more children, Dominic and Mary Teresa from Korea, also joined their family.

In 2002, while traveling to the Philippines to pick up their daughter Nelyn, they witnessed firsthand the results of extreme poverty. As a result, in 2005, they returned and adopted three siblings, ranging in age from 8 to 12; Mike, Piolo and Eddie. In 2008, they welcomed another 12-year-old son named Jed, followed by daughter Rey age 10. In 2010, 15-year-old daughter Verlene joined the family as well.

The Gonzalezes have welcomed children and teens into their family who had spent their early years in orphanages and foster homes. They have worked patiently to help their children overcome developmental, physical, and emotional challenges and have continually sought strategies to better parent. Over the years, they have turned to C.A.S.E. for support and to learn ways to help their children come to terms with their painful life histories. They have attended the C.A.S.E. Kids’ Adoption Network (KAN) conference and participated on panel discussions for prospective adoptive families. Today, Catherine continues to share learned strategies and experiences with an adoption support group that regularly meets in her home.

Anchored by their strong Catholic faith, Catherine and Paul are busy launching the five children who remain at home into adulthood, caring for grandchildren, advocating for families, and running a childcare business.