This wonderful movie is based on the true, dramatic story of Saroo Brierly, a six-year-old boy who became lost from his loving and impoverished family in India and was adopted by an Australian couple, Mr. and Mrs. Brierly. 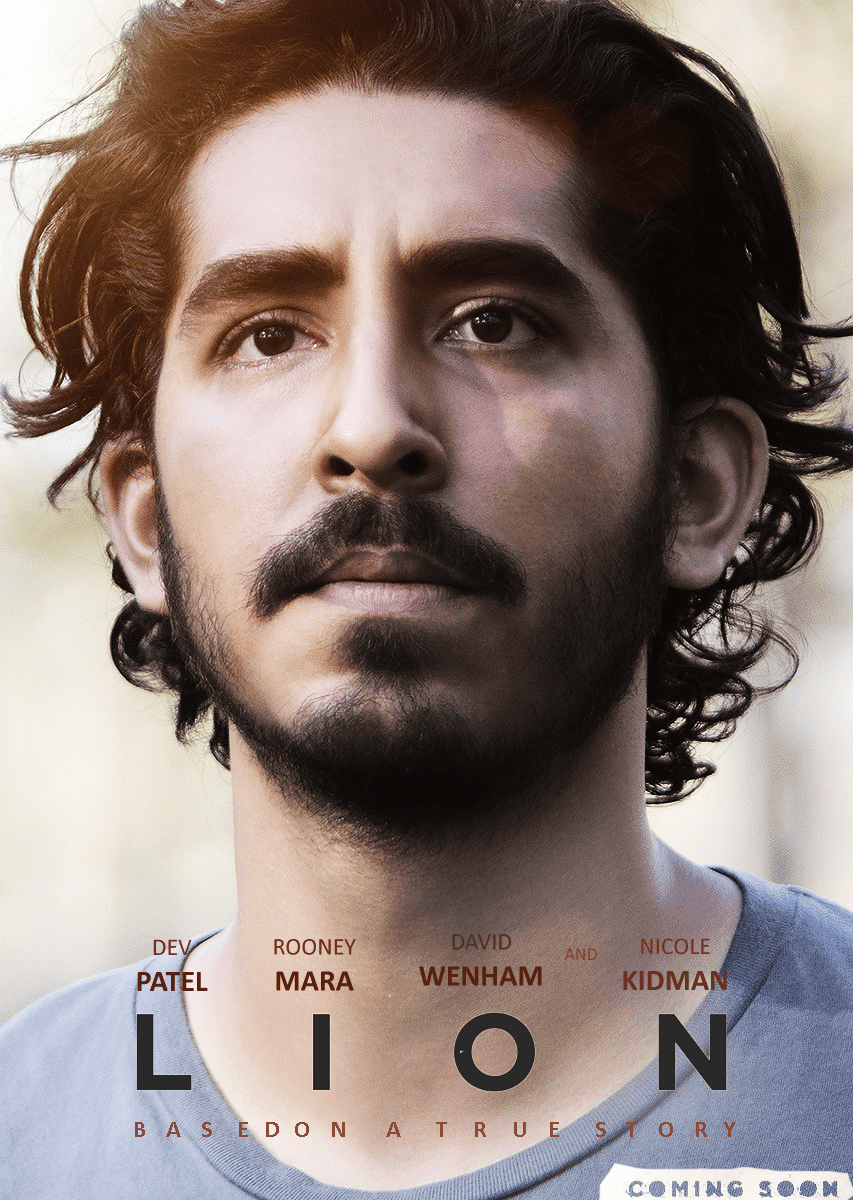 The first part of the movie aquaints us with Saroo’s family of origin and his harrowing experiences getting lost and living on the streets of Kolkata, India before being placed in a juvenile detention center. The movie then depicts Saroo’s loving welcome into his new adoptive Australian family and the later adoption of his brother, Mantosh. We then move into the second part of the movie where we focus on Saroo as an adult, where he becomes obsessed with the seemingly impossible search for his home town in India and his need to return in order to find his birth family.  He ultimately succeeds and is joyfully reunited with his family. Please visit fandango.com or commonsensemedia.com for a more thorough summary of this movie.  Because this movie is rated PG-13, it is certainly appropriate for teens and can generate important discussion about adoption.

After seeing the movie, I then read Saroo’s memoir, A Long Way Home: A Memoir, to learn where the movie departs from the real story, as movies often do for dramatic effect. As anticipated, there are several very important differences between Saroo’s poignant, moving memoir and the story that the movie depicts. However, while I do recommend reading Saroo’s memoir, this movie does accurately convey many of Saroo’s thoughts and feelings about his adoption experience.

The movie shows Saroo’s intense need to know where he came from and to find his birth family.  In Saroo’s case, his loving birth family had not placed him for adoption nor was he removed from his family. He knew they were heartbroken by losing him. Saroo’s experience of the devastating loss of his home and his family is completely understandable.  However, while Saroo’s story is certainly unique, Saroo’s feelings are not uncommon for adopted people no matter what their adoption story is. His overwhelming sense of loss; concern for his birth family’s experience of loss; his desire for reunion; and his need to reassure his birth family that he had a good life and is well –rings true for many adopted persons.

Especially important in the movie and in Saroo’s memoir are the challenges he faced as he struggled to make sense of who he is…his identity.  Saroo not only lost his home and family, but his country and culture, too.  As a transracial/ internationally adopted person, he faced the dilemma of how to integrate his Indian racial and cultural identity into his identity as an Australian growing up with Caucasian parents in a mostly Caucasian community.  The movie and especially Saroo’s memoir beautifully present this struggle while demonstrating that it is possible to embrace and integrate these differences into a cohesive, strong identity.

This intense loyalty conflict in adopted persons is very common.  Sometimes it is based on reality as for many adoptive parents, no matter how loving, understanding, and supportive they are, it is not uncommon for them to worry about how reunion will impact the adoptive family. Accurate or not, Saroo believed his parents felt insecure.  This challenge around loyalty is an important theme that parents can explore with their teen.

In the movie, Saroo deals with his loyalty struggle by raising what he believes to be his adoptive mother’s personal difficulty around adoption. He suggests to her that perhaps her preference would have been to parent her own biological children.  In Saroo’s case, his parents chose adoption as their first path to parenthood.  However, since this is often not the case, this scene presents a great opportunity to explore teens’ perceptions and provide reassurance that “second choice does not mean second best.”

And finally, there is brother Mantosh, also adopted from India.  His difficulties in the movie will resonate with families who have adopted older, traumatized children from foster care or internationally. The sibling dynamic may be familiar as well.  While painful, the portrayal of the Brierlys’ love, patience, and commitment to their troubled son is extremely important, powerful, and affirming.

Two accomplished actors, Nicole Kidman and Dev Patel are most deserving of their Golden Globe nominations for their work in this movie!

As with all adoption-themed movies, I caution parents that this deeply emotional movie with a happy ending may be very troubling to some teens, especially those with histories of trauma and who may be experiencing struggles similar to Mantosh. If you decide to view this movie with your teen, I advise telling your teen the complete story before seeing the movie.

Written by C.A.S.E. Senior Adoption Competent Therapist and Training Coordinator, Ellen Singer. Check out all of Ellen’s movie reviews from the past year by visiting our FREE RESOURCES page.