Welcome to C.A.S.E.’s new event calendar! Make sure to bookmark this page and return often to view upcoming webinars, support groups, lectures, trainings and more: www.adoptionsuppport.org/events. Stay connected with C.A.S.E. and be the first to know when a new event is open for registration by signing up for our Enewsletter! 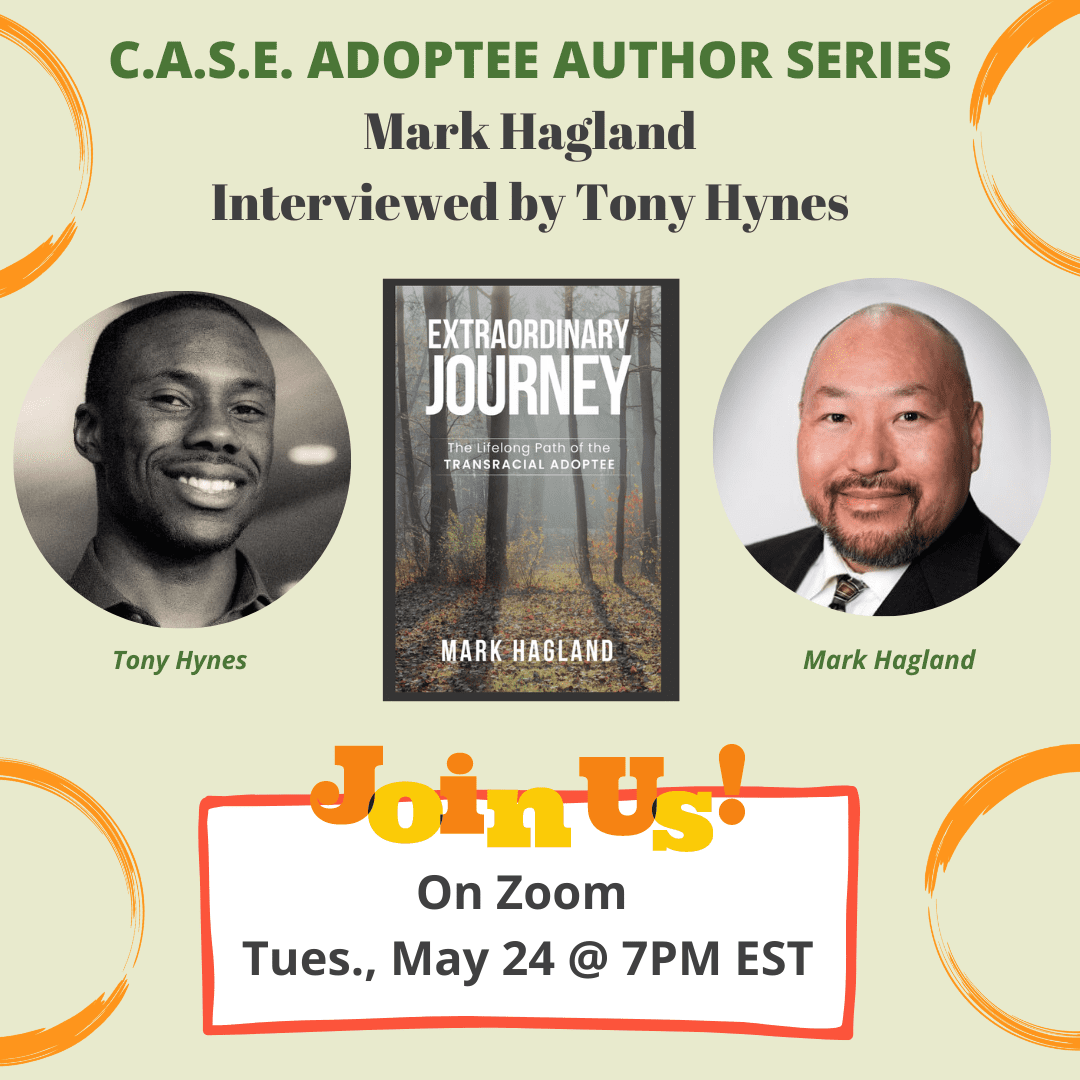 Join us Tuesday, May 24th, as we continue our C.A.S.E. adoptee author series with award winning author, journalist, and expert in adoption, Mark Hagland, as he discusses his new book “Extraordinary Journey, the Lifelong Path of the Transracial Adoptee.”

Mark Hagland, was born in South Korea in 1960, and adopted to Milwaukee, Wisconsin, where he was raised by white parents of Norwegian and German descent. He obtained his master’s degree from the Medill School of Journalism at Northwestern University. He has worked as a professional journalist for 39 years, and is the editor in chief of Health Care Innovation.

Mark has been actively involved as a participant, writer, and speaker, in ongoing dialogues in the transracial adoption world, for over 21 years. He has written numerous articles on transracial adoption, appeared in publications including TIME, and has been a contributing author to several anthologies written by teams of adult transracial adoptees, including “Outsiders Within,” “Parenting As Adoptees,” and “The Unknown Culture Club.” He is the creator and moderator of “Transracial Adoption Perspectives,” a Facebook Group with over 7,000 members.