C.A.S.E. Board of Directors member Jelani Freeman spoke at the
Democratic National Convention in Philadelphia on July 26, 2016. 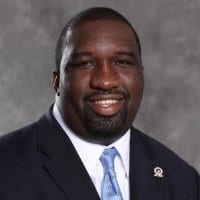 Jelani Freeman is an Attorney at the Department of Veterans Affairs where he works as a part of the appellate litigation group. He also volunteers as a Court Appointed Special Advocate (CASA) for children in the District of Columbia Foster Care system.

His interest in such programs grew out of personal experience.  He was placed in the foster care system at age 9 and has spent time in multiple foster homes, shelters, group homes, and juvenile facilities before aging out of the system at age 18.  Jelani has worked as the “Youth Engaged in Service” Ambassador in the Executive Office of Mayor Anthony Williams and before that spent a year in the office of Senator Hillary Rodham Clinton, where he worked on various legislative issues.

Jelani has given several motivational speeches across the country.  He sits on the Boards of the Center for Adoption Support & Education (CASE) and the Barker Foundation where he has provided consultation to Barker’s Project Wait No Longer, which finds adoptive homes for foster youth.  Education has been the major driving force for his stability and success.  Jelani earned a J.D. from Howard University Law School.  He also has a B.A. in Political Science and History from the University at Buffalo and an M.A. in History from American University.