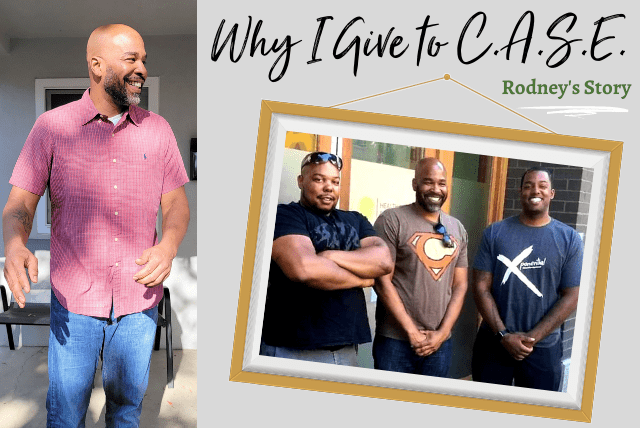 My name is Rodney James and I’m an adoptee. I’m a forty-four-year-old supply chain professional living in the Sacramento, California area. I’m a father of three beautiful and intelligent young women.

I was raised by two amazing people who are no longer here, John and Eloris James. They didn’t tell me that I was adopted until I was about twelve years old, which caused major challenges. After I found out, it was hard for me to understand my purpose.

I know one thing; my parents did their best and did a great job in raising me.

Over ten years ago, while living in Virginia, my friend’s wife suggested I complete an Ancestry.com DNA Kit. I had little to no concern, as the only information I had about myself as I was abandoned in a hospital at birth.

About four years ago, I relocated back home to Sacramento from Virginia, to pursue a career change. While working I received a call from my friend’s wife and she stated, “…I found your brother”.

I couldn’t believe it. I had to leave work immediately and gather my thoughts.

I contacted my brother and I set up a meeting. At the meeting, I found out I had another brother as well.

I also found out that our mother had passed away in 1999. Two years prior to my adoptive mother, Eloris.

I later found out who my biological father was as well. Since the meeting, we’ve become great friends and I have created an awesome bond.

I’ve donated time and money my whole life, but after this union, I felt inclined to find an organization to donate to that supports adoption, adoptees, and adopters.

After extensive research, I found the Center for Adoption Support and Education (C.A.S.E.). I love the vision and mission that the organization represents. There’s a lot of people/children out there that need help and I feel like every person within organizations such as C.A.S.E. are like angels.

The adopters and adoptees alike are angels chosen for greatness to make this world a better place.

C.A.S.E. is here to make the world a better place. I’m glad there are reputable organizations like C.A.S.E., that facilitate the process of adoption and support the movement with meaning.