Tossed Up in Two Worlds: Tales from a Girl Who Can Dance In Between 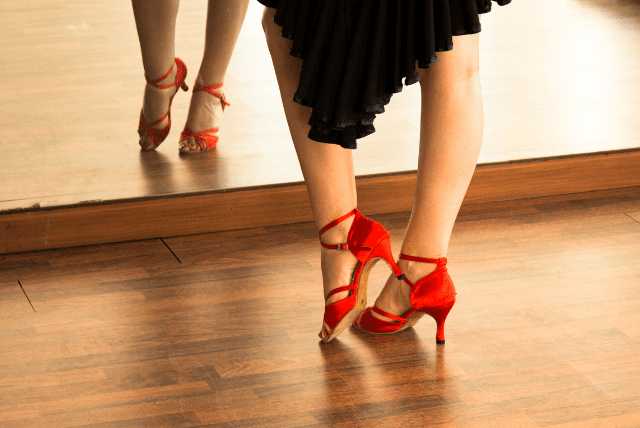 When I was born & relinquished to the international adoption system, I was advertised on a pamphlet. It did its job. I got a home and a first-class flight to America…the land of the free.

I grew up living a life of privilege. My parents were wealthy, white & well respected. My dad, a big businessman…my mom, a devoted mother who put her teaching career on hold to raise her children.

I was dressed in designer brands all the time and there were rooms in our home that were used only while entertaining. Otherwise, they sat untouched and perfectly decorated by my mom’s interior designer.

When it came time for life’s important events, there were no questions about it…my dresses would be custom made. We drove for what seemed like hours to have my body measurements taken and to see what could be created for me. A poor Spanish baby who once sat on the cover of a pamphlet looking for a forever home was now living “the American Dream.”

I flew in the winds of “white privilege” when I was young. I sat elegantly in the dining room of our country club, I cleansed my pallet with sorbet before I was served million course meals and I never needed a thing. I had it all and nobody questioned my minority status.

To the world, I was a white girl with it all.

My first pregnancy, at age 18, forced a quick change in all that. And if I am being honest, nobody prepared me for it.

In my community, it was fairly unheard of for a white Jewish girl to be an unwed, pregnant teenager carrying a black man’s baby. Abortion was EXPECTED and when I didn’t comply, I got told I could no longer live in my home. Not only that but I would be removed from my health insurance & was to assume all financial responsibility for myself and my unborn son. Doing this was tough…but doing it in a world that would now look at me differently, was the toughest.

In a matter of minutes, I went from having everything…to having nothing.

I walked into our state’s assistance office and immediately felt out of place. I had always had private health insurance and I never needed to sign up for “food assistance” before. The people spoke to me as if I were stupid…asking me if I needed help reading or writing and if I spoke English when I approached the counters. “Uh, no. I’m in college, I can read & write. And I only speak English, actually” I remember saying.

They’d ask me if I was on drugs & in need of rehabilitation, if I had a “safe place to sleep tonight.”

“A safe place to sleep? I’m going back to my dad’s half a million-dollar home”, I thought to myself. My mind was running rampant, all coming back to the same conclusion…” this would not be happening if I had my parents with me. NOBODY would speak to me this way.”

And that’s when I first realized it. I was tossed up in two worlds…the world in which I was raised and the world that was my reality. Those worlds were not the same.

“Transracial adoption paradox” is the experience of growing up with many of the privileges that come with white people but then leaving that nest and suddenly being confronted with being perceived as and treated like a minority.

I know. Some people are rolling their eyes. “White privilege” can be a controversial topic because we are all seen as equal, right?

I’d bet my own parents would have denied the term “white privilege” years ago but recently my mother witnessed the difference between my two worlds for herself. It went like this…

We were at a religious event for a family member on my mother’s side. Similar to my entire life at such events, I was the only minority there. Well, my family of 6. WE were the only minorities there.

I was approached by a woman…” are they all yours”?!?, she asked…while pointing at my four children.

“Oh. I wasn’t sure if you were watching them or something. But you’re her nanny, right?! Beth’s nanny?!?”, she said excitedly.

“No. I am her family. We are her family”, I said…my voice getting quiet.

I couldn’t tell you what she said next as I turned my head to look at my mom and my aunt who stood feet behind me…my face feeling like it was getting hot with embarrassment. I had tuned out. I knew why she thought I was the nanny…because as the only Spanish person at the event, WHO else could possibly be THE nanny?!?

But I wasn’t the nanny…I was my mom’s daughter…you know, the girl who grew up with a nanny?!? A nanny who lived with us and helped raise me in my most critical developmental years.

I’m not white anymore. I never was. But until I was 18 and got sent out into this world away from the shelter of my parents, I got to be perceived as white. Now, on my own…I’m perceived as a minority.

“What did that woman say to you?”, my aunt rushed over to ask as my mom followed closely behind.

“She wanted to know if I was Beth’s nanny…and if all the kids were mine”, I rolled my eyes.

My aunt, a quiet and gentle woman, apologized. Not on behalf of the lady but because I experienced that judgment. My mom said nothing. She stood in shock…her brows furrowed with a confused look on her face.

I think it hit HER that day that I had two worlds. The one she raised me in and the one that I now lived in. How I was spoken to or treated could vary based solely on my parents’ presence & which may feel a little sad.

I have spent so many years working hard to find the identity that was taken from me so long ago…trying not to get caught in the quicksand of my losses & differences but to remain focused on what I’ve learned from those.

The life lessons that come from the immeasurable, intangible grief of my adoption have helped me to move fluidly through a world that sees & treats me like two people, despite the fact that, I am just one.

As I “electric slide” into my white world & then “salsa” back to the Spanish side, I gain perspectives that I can neutrally share as I dance between the two. I no longer stress out as I sway back & forth between the only life I ever knew & the one I’m struggling to settle into.

I more so try to embrace that I will never settle into a “side” at all…because I don’t have to. I’m an eclectic mix of myself & the surroundings in which I was raised. If that’s good enough for me, it’s gonna have to be good enough for this world.

And if the world can’t accept me as I harmlessly frolic between two sides, at least I’ve got these killer dance moves.

Written by Rachel Shifaraw, Adult Adoptee, C.A.S.E. Emerging Leader and Contributor to Beneath the Mask: For Teen Adoptees: Teens and Young Adults Share Their Stories