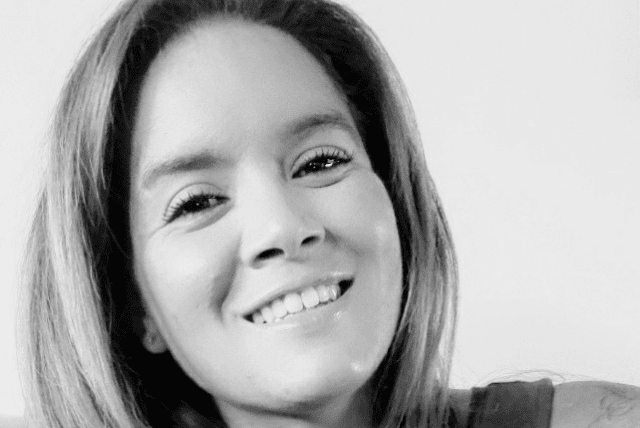 In 1982, my biological mother was working as a dancer in a night club in Antofagasta, Chile. As she left work late one night, she was raped by a group of men. She was traumatized…afraid…and unbeknownst to her at the time, she was pregnant. My mother’s attack not only left her pregnant with her second child at the young age of 19, but with a painful memory that she could not bear to have a permanent reminder of in the form of a child. This leads me to the present day and the two most critical post-adoption resources I have to offer to people in similar situations: seek professional guidance and understand that adoption is a process of soul searching and healing.

I was born in Santiago, Chile in July of 1983. I was relinquished immediately after birth and spent six weeks in private foster care until my Caucasian, Jewish parents came to pick me up. I arrived in the United States in August of that same year and my life of being “different” began.

As an international transracial adoptee, I was always stuck in being different. I knew I was different when I looked into my dad’s piercing green eyes…when I held my mother’s fair skinned hand…when I sat around tables at family gatherings and nobody looked like me. I had tan skin, deep brown eyes, black curly hair, and my body had a dusting of dark hair all over. I remember stealing my mom’s razor as a child and shaving my entire body in hopes that I would look lighter…more like my parents. With excitement, I looked in the mirror and was deeply disappointed when I realized nothing had changed. I still wasn’t white. I looked exactly the same, just without eyebrows.

I felt stuck in being different when people came up to me and spoke to me in Spanish because I had no idea how to reply since I only spoke English. In high school, I SO badly wanted one of the “100% Latina” shirts being handed out by the Hispanic club. No matter how far I stretched my arms, getting the guts to ask for a shirt was always out of my reach. Despite having 20/20 vision, I convinced my parents to get me blue contacts with no prescription. But even with fake blue eyes, I was too Spanish looking to fit in with the white kids.

Feeling like such an outcast made me an anxious, depressed teenager. I felt isolated, sad and alone, which led me to wander down roads of unhealthy habits. As an adoptee, I was never given any post-adoption resources which made me feel alone and eventually led to me going down the wrong path. I spent years abusing drugs and alcohol. I was part of a group of kids who I suspect felt as bad about themselves as I did, but our troubles were unspoken. We skipped school and spent long nights clouding our minds from our insecurities and discomfort. We filled our bodies with substances that hid our sorrows. Somehow this behavior provided me with a sense of comfort, a sense of belonging.

When I was 15 years old, I began seeing the most amazing psychotherapist. She helped me battle through my darkest days, and she encouraged me to challenge all my negative thoughts about being different. Why was being different such a bad thing? My therapist worked diligently with me for 10 years. She helped guide me to dig deep into my adopted soul and heal the wounds that being a transracial adoptee had inflicted. Seeking help from a therapist was one of the best post-adoption resources for me as it began my healing process.

I am now a 34-year-old married mother of four amazing children. I own a successful business and I have been sober for 10 years. I searched, found and reunited with my biological mother. I have a wonderful relationship with all my parents and for that, I am truly thankful. As I’ve grown up, I’ve realized that being different is not one of my weaknesses but rather one of my greatest strengths. It allows me to add different perspectives to conversations and share my experiences.

Written by Rachel Shifaraw , adult adoptee, C.A.S.E.™ Emerging Leader and former C.A.S.E. Star of Adoption, who originally shared her story as a contributor to C.A.S.E.’s teen workbook, Beneath the Mask: For Teen Adoptees, Teens and Young Adults Share Their Stories. This incredible workbook includes more than 20 additional raw, unedited, heartfelt stories from other teens and young adult adoptees, as well as journaling pages, and reflection exercises.