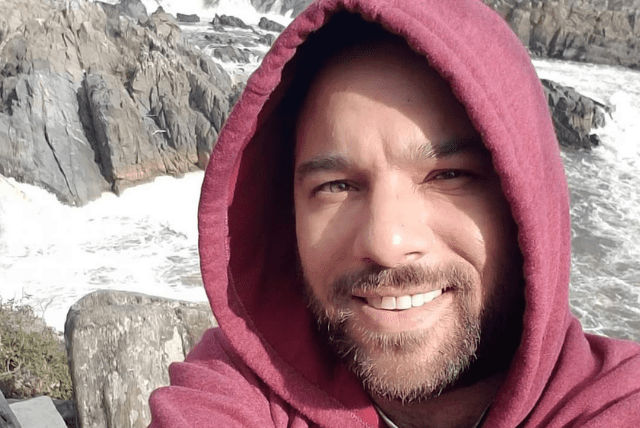 My name is Keith Sciarillo and I am a Late Discovery Adoptee.

A Late Discovery Adoptee means that I did not discover that I was placed into an adoptive family as a child until I became an adult. In my case, I was 33 years old at the time and that was 9 years ago. In my adoptive family, I am one of 6 children, and I am the only one that joined the family through adoption.

As far as being shocked by finding out about being adopted later in life, I would say that there was more of a feeling of, how could I have not known?

It’s one of those things that if no one comes out and tells you then how would you know?

So much made sense after the discovery. I have always looked a bit different than the family I’d always known, and my personality doesn’t really match theirs. Now, there is no good or bad as far as I’m concerned when it comes to who I’m more like, it’s just that I’m me and this is who I am.

If this were being written 5 years ago there would have been anger, resentment, confusion, and minced words but I am at a place now where I’ve gained compassion and understanding for all sides.

As an adopted person I am smack dab in the middle of it all. My story has had many twists and turns but knowing the truth has helped tremendously. By diving right into searching for my biological family as well as gaining understanding about why my adoptive family had kept the secret hidden for so long has been my coping mechanism. It has been so important to look at the circumstances from different perspectives to better understand how I will navigate this lifelong journey of knowing about being adopted.

There has been some exciting as well as heartbreaking history uncovered in my family of origin. I was born in New York City. In my birth family, I am one of 8 children that my biological mother gave birth to. We were all subsequently relinquished for adoption due to the substance abuse and mental illness issues that my parents had battled with during this time. My adoptive family lived not too far away in Brooklyn, New York where I was raised, and we later moved to South Jersey.

There were times when the adoption discovery journey became a distraction in my everyday life. Losing focus at work and with family responsibilities due to the realization of a change in what I had known to be my identity. There have been some residual effects such as my 15-year marriage ending, but I’ve learned to adapt and overcome every challenge that’s been presented. Upon learning about my adoption, it had been discovered that my biological mother was of Latin heritage which was different than what I had grown up knowing about myself so that was a whole other layer to unpack.

I started to find healthy outlets to continue processing my adoption journey. I began a chocolate business named after my two children, “JasiJay Fine Chocolates LLC” in which I was able to support non-profit projects in the adoption and foster care community like Camp Flex and A Simple Piece of Paper.

I also connected with the adoption community online taking part in events, conferences, and workshops. I’ve had the fortunate opportunity to get to know hundreds of fellow adoptees and realized a while ago that although our stories may be different, there are many factors that make our experiences uniquely familiar when speaking about them.

Along with being able to share my story on stage and for podcast interviews one of the greatest opportunities that I’ve had to date has been being a part of C.A.S.E.’s Emerging Leaders Advisory Council. The knowledge that I will be gaining as well as firsthand experience with an organization that specializes in mental health services for the adoption, foster and kinship community is amazing.

I am so glad that I have reached a place where having gone through the ups and downs in my own adoption journey and now that experience can be used to hopefully benefit others. There is firsthand knowledge as well as professional help that are both so important when getting to the other side aka a better place in my opinion. In life, they always say that it’s what you make of it, so there’s no reason why a life of substance can’t be created no matter the circumstances.

My life experiences combined with my genetic makeup has all contributed and every single part of me and is valued. Looking back at the fact that my maternal grandfather was a WWII vet, and my paternal grandparents were Holocaust survivors, there is no doubt that this played a part in how future generations would have been affected by their traumas and sacrifices. It’s this that I’ll carry with me to better understand what’s lead me here today.

It took many years to be comfortable in my own confidence but now I’m feeling like the world is my oyster. One of the most treasured parts of life now is being a father to my two wonderful children. I am hoping that by sharing my story it can help others who feel the same way. We all deserve the opportunity to become the best version of ourselves. Thank you for reading my story and thoughts today. It’s been an honor!