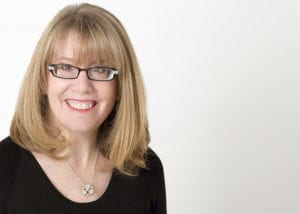 Andrea Spiegel is with QCatalyst Consulting, a team of digital pioneers who have transformed some of the world’s most iconic brands. She has spent her entire career communicating through screens. Andrea started in traditional media, covering the serious and sensational for 10 years at Fox Television’s tabloid newsmagazine, A Current Affair. In 1997, Andrea transitioned to digital and spent nine years at AOL, leading the creation of revolutionary online and mobile content, products and communities.

Turning entrepreneur in 2008, Andrea took on the role of Chief Product Officer at a news startup, Tru/Slant. Two years later, True/Slant was acquired by Forbes. Over the next six years, she managed the entire digital transformation at Forbes as Senior Vice President of Product Development and Video. Andrea’s team developed a suite of products to support a network of writers that grew from a handful to 1,500. In addition, she spearheaded the groundbreaking BrandVoice program that enabled advertisers to create their own content. While overseeing 300+ product launches each year, the Forbes audience quadrupled from 15M to 75M unique visitors.

Andrea is known as a digital visionary who also has deep experience in the trenches. She has been featured at conferences and workshops in the United States and abroad. Andrea believes it’s always about relationships: connecting people with one another and with the information they want, wherever they are.

Andrea graduated from Rutgers University with a double major in Journalism and English. She lives in Northern Virginia with her husband, Peter and their two fabulous children, Ben and Eva. As a family formed through international adoption via South Korea, Andrea is a proud and passionate adoption advocate.